At Lion’s Den, we’re here to empower you to live your best sex life. Part of living that best sex life is taking care of your body. Sex is just as much about feelings and emotions as it is about physicality, it’s vital to keep your body in working order to enjoy any part of your sexuality. And diseases affecting your reproductive system will also influence your sexual health.

Ovarian and prostate cancer affects the body to perform or enjoy sexual acts, as well as adding psychological stress that could lower your libido.

Your body is the vehicle through which you experience the world. Taking care of it will make it last longer and keep it in working condition for all the life you’ve still got to experience.

In honor of ovarian cancer and prostate cancer awareness month, we’re breaking down what these diseases are, how you can detect them, and what can be done to treat them if you’re diagnosed.

What is ovarian and prostate cancer?

The ovaries are two small organs located on either side of the uterus that stores the eggs and produces estrogen and progesterone. The Ovarian Cancer Alliance of Ohio explains ovarian cancer as “a disease in which malignant or cancerous cells are found in the ovaries.”

The prostate, aside from being an erogenous zone, produces seminal fluid which is vital in carrying sperm. Cancer of the prostate is when malignant cells begin growing in the prostate. 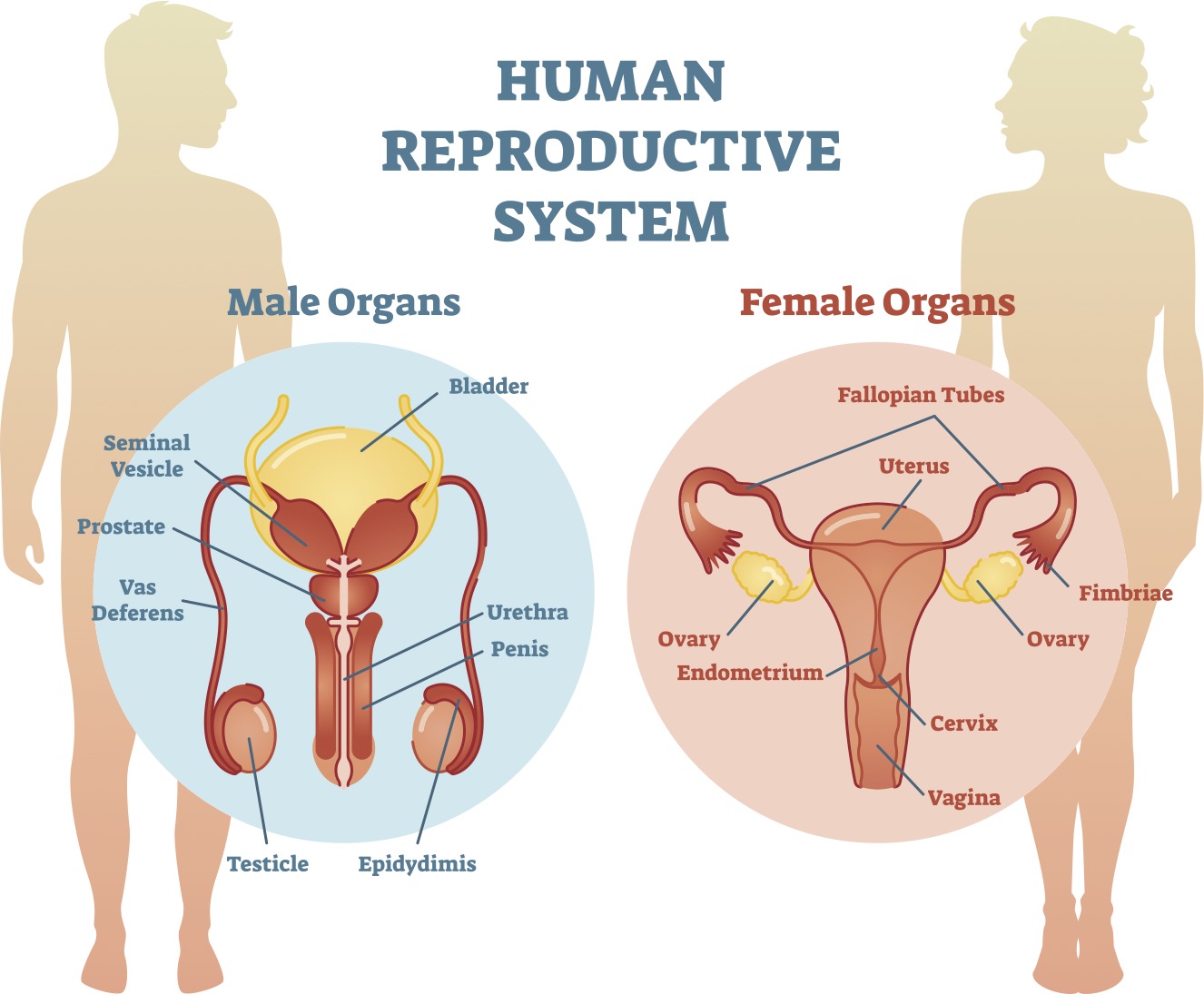 Symptoms and Causes of Ovarian Cancer

Other influences are weight, never having had children, previously cancer diagnoses, fertility, and smoking. These risk factors are not guarantees that you will develop ovarian cancer. Having an overall healthy lifestyle might lower your chance of developing ovarian cancer, but it is not a guarantee. Likewise, previous health concerns or risky behaviors will not not definitively cause ovarian cancer.

Knowing the early signs of ovarian cancer can lead to an earlier diagnosis, which in turn will allow you to seek treatment earlier and begin seeking treatment while the cancer is still in the early stages.

According to the Ovarian Cancer Alliance of Ohio, the most common early symptoms of ovarian cancer include:

The symptoms of ovarian cancer unfortunately overlap with many other illnesses, and it can be difficult to diagnose. While experiencing some of these symptoms is normal, monitor the severity of them.

Approximately 20,000 women will be diagnosed with ovarian cancer annually, but over 200,000 women will be misdiagnosed or their symptoms will be ignored. If you are experiencing any of the above, take it as a sign to visit your gynecologist and express to them your concerns.

“Now more than ever, I am hearing more stories of more doctors who are now more aware of things going on in women’s health because women will hide and dismiss their own symptoms” said Britt. “We have to stand our ground and be our own advocates. If one doctor won’t listen to you, go and find another one. If you’re not happy with your doctor you are free to find another one.”

Your health is important, and having an open dialogue with your primary healthcare provider as well as your gynecologist will be imperative in finding the early signs of any underlying illness and addressing them.

Ovarian cancer is the fifth leading cause of cancer related deaths in people with a female reproductive system aged 34-75. The Ovarian Cancer Alliance of Ohio reports that those who are diagnosed with ovarian cancer in the earliest stages have a “5-year survival rate over 90%.” However, because ovarian cancer’s vague symptoms and lack of early detection tests, “only 19% of all cases are found at this early stage. If caught in stage III or higher, the survival rate can be as low as 30.6%.”

The stage at which the cancer is caught will affect the treatment plan your doctor will design for you. But based on the current medical precedents, most people with ovarian cancer can expect some kind of surgery to treat their cancer. Depending on how advanced the ovarian cancer is, you might require other forms of treatment.

Ovarian cancer might be able to be treated locally, meaning it only affects the area of the tumor (the area it is local to). This could mean surgery or radiation therapy.

If the ovarian cancer is going to be treated via drug, this is considered systemic treatment. This is because the drugs can reach anywhere in the body, and are administered either by mouth or directly into the bloodstream. This could mean anything from hormone therapy to chemotherapy. These treatments might come before, after, or in lieu of surgery.

Symptoms and Causes of Prostate Cancer

Much like ovarian cancer, prostate cancer primarily affects older people. Typically men 50 and over are the most at risk. Family history and overall health also influence the likelihood you could develop prostate cancer. People who smoke, are overweight, have other chronic illnesses, have been exposed to chemicals, or have had a vasectomy all have an increased risk of developing prostate cancer.

Cancer is the second leading cause of cancer-related death in American men, but most people who have prostate cancer will not die from it.

The Prostate Cancer Foundation reports that the 5-year survival rate in the United States for men diagnosed with early-stage prostate cancer is greater than 99%.

Recognizing symptoms early can lead to quicker treatment, which can lead to a higher chance of recovery. Cancer.org lists some symptoms of prostate cancer as:

Fortunately, prostate cancer is usually found early with testing for prostate-specific antigen (PSA) levels in the blood or a digital rectal exam (DRE). Both of these procedures are part of a routine physical for older men.

An annual checkup with your primary healthcare provider is the easiest and most reliable way to find prostate cancer early on. As it is both common and fairly easy to detect early on, regularly visiting with your doctor and communicating with them about your health and medical history will help ensure that your prostate cancer is caught early.

If your PSA test or DRE yields abnormal results, the next step will be a biopsy of the prostate, which will offer a more definitive diagnosis. Once the biopsy is complete, your doctor will evaluate the best course of treatment. Different treatments for prostate cancer include surgery, radiation, chemotherapy, and hormone therapy, but this is a non-exhaustive list of treatment options. Treatment will depend on the stage and severity of your unique case.

No matter the type of body you have, it's important to know the illnesses you might be at risk to and be proactive about monitoring your health and seeking help if you feel that something is wrong.

Your health is your wealth. See its value and invest in it frequently.

The month of September, donate the change from your purchase at Lion's Den and help change the lives of patients and survivors of Ovarian Cancer. Join us as we inspire advocacy for and empower those affected by ovarian cancer.